We had spent a week in the company of ghosts. Nobody cared about the Balkan wars any longer, except perhaps a pathetic huddle of war veterans trying to speculate on the glories of their war. In Mostar, Sarajevo, Banja Luka and the smaller Bosnian cities, all that remained were the facades of the houses pock marked by artillery fire. Most people want to forget the past and look to the future. The food was generally bad, at times truly terrible. Once I mistakenly ordered a plate of Findus ‘sofficini’ in a bar in Pale, thinking I could read the cyrillic alphabet on the strength of my schoolboy knowledge of Ancient Greek.

Leaving Bosnia behind and venturing towards Belgrade, we thought of our destination as an oasis, if not of civilization at least of good restaurants and attractive cafés. The cafés were indeed inviting, with their outdoor tables  urging you to enjoy the open air life. Dining out was another matter, as the level of the restaurants had not improved greatly. That  was when we remembered a friend’s recommendation. “If you have time, go and say hello to Dag”. One evening we decided to act on our friend’s advice and, not without difficulty, finally found the Italian restaurant called Tavolino that Dag has managed for thirty years in Novi Beograd. The town was Tito’s last attempt to expand the city economically to the other side of the River Sava, the vast tributary that joins the Danube just outside the city.

The restaurant luminous sign post flashed in the night at the foot of a skyscraper that looked totally uninhabited.  We drove past it and saw the outdoor table area completely in the dark, but there was a light on inside and music playing, Italian hits from years back. Dag greeted us suspiciously when we walked in. We passed on our friend’s greetings, but the old man with a slightly neglected air said he knew nothing about this person. There were old photos and souvenirs of the Godfather series hanging on the walls of the restaurant, which was completely empty. The only other occupant was an old woman sitting behind the cash register. Dag invited us to sit down and brought us a glass of white wine.

The usual conversation gambits followed:”Where are you from? How come you came to Belgrade?” Bit by bit,  Dag’s diffidence began to melt and he started to tell us the story of his life. While we tucked into a delicious baked pasta pie – a recipe Dag had picked up in an Italian restaurant in Melbourne – and sipping from the excellent white wine from the Novi Sad region, Dag touched on his childhood in Skardaljia, the bohemian quarter of Belgrade, his laziness at school, his love for boxing, the traditional way to get back on track. His father was a guest worker in Germany, but Dag was not allowed access to any of his earnings.

As soon as he could, Dag emigrated to Italy in the 1970s. He started out in Milan but it was cold and foggy and all people did was work. So he moved to Rome. These were the years of La Dolce Vita for Dag. He repeated the phrase like a mantra. There was Via Veneto, there were the films, Cinecittà, there were the sport’s personalities and, above all, the night life. Princes of the night at that time were the Lazio footballer, Giorgio Chinaglia, and the singer, Franco Califano (“there were so many women groupies hanging around there were always some crumbs left over for us”). When we told him both of these characters had died he looked dismayed, and asked us several times if it were true.

Things changed for him soon after. His marriage failed, he hung his boxing gloves up, and moved first to Rimini then to Geneva. When he had saved a bit of money he moved back to Yugoslavia and said he lived comfortably for a time in the early 1980s. He told us in his impeccable Italian that he missed Italy terribly. The background music to his story is perfect. Not a soul comes into the restaurant while we were there. We exchanged stories for a while, with the inevitable conversation about football, and he told us about his three marriages and three daughters. At the end of the meal we paid the bill and hugged and kissed the man goodbye as if we were the oldest of friends. The melancholy atmosphere of the evening was so absolute that it was no longer perceptible, except perhaps in the refrain of the Bruno Lauzi song playing as we went out of the door: “Ritornerai” (You will come back) .

I don’t think we’ll go back. My friend, the one obsessed with the Balkan wars, showed me a few pages of Commander Arkan’s biography. At the beginning of his career as an international war criminal, he used to rob banks across Europe. Our Dag was his informant in Rome and apparently they stayed close right up to the horrific 1990s when NATO bombs were flying over the skies of Belgrade and the Balkans had plummeted back into the Middle Ages.

Tavolino Reastaurant, Cara Nikolaja II 83, Beograd, 065/9779979. We had spent like 15 euro. Tripadvisor says it's supposed to be the best pizza in Beograd. Let us know. 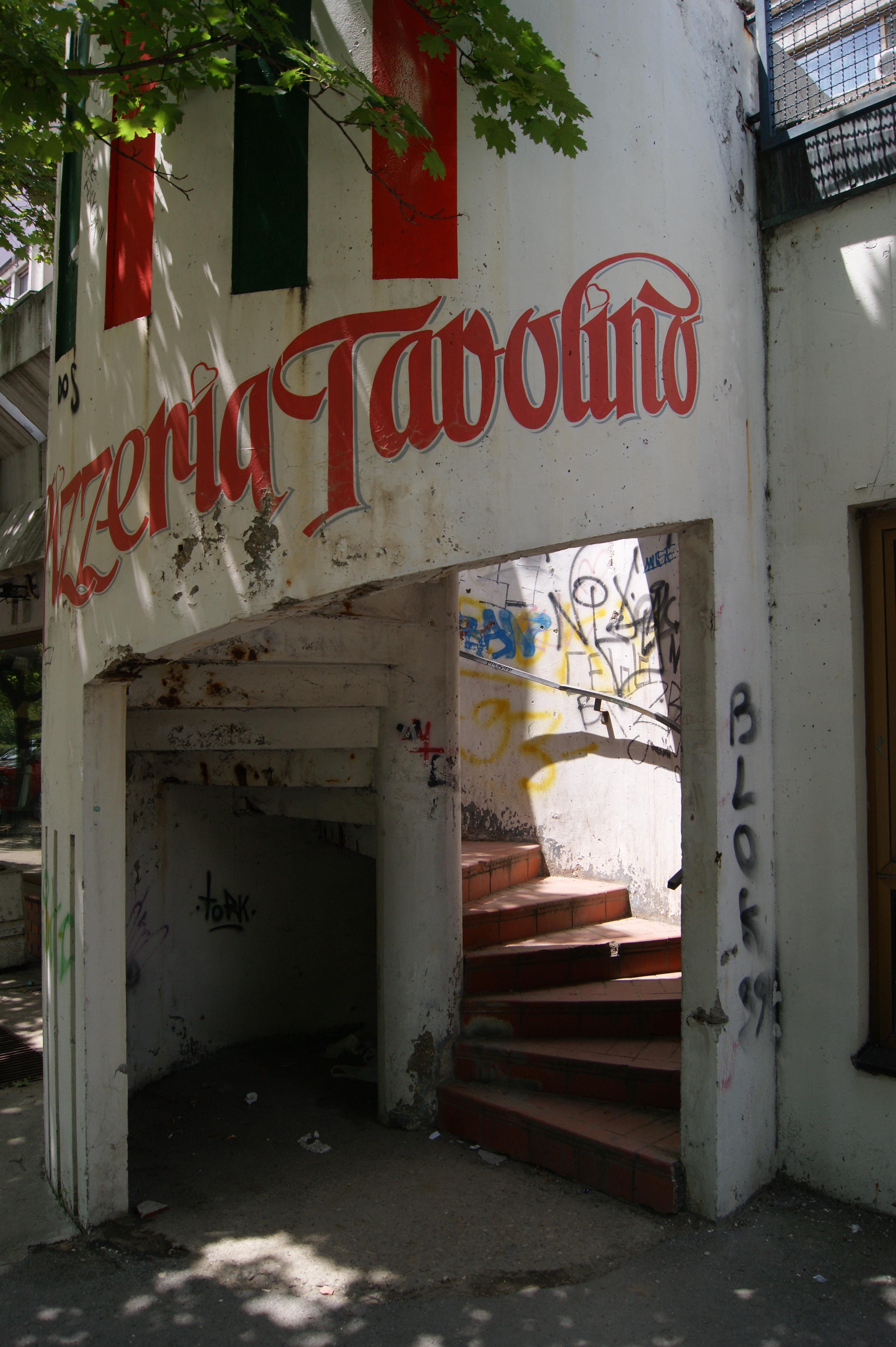