Increasingly these days you hear people complain that streets full of garbage reflect the incivility and bad manners of their inhabitants. Given the sheer quantity of trash at the station, in our squares, on the tram, in the metro, and in our classrooms – scrunched up sheets of newspaper, crushed cans, discarded tetrapak containers, crumpled tissues dropped after use – it would be easy to conclude that, according to this yardstick, the Italians are an extremely uncivilized population.

Leaving aside the moral and educational issues linked to this depressing phenomenon, I would like to focus on the forms these discarded articles take. As soon as we try and describe the forms, it becomes clear how morphologically complex these objects are. Try and observe them. What distinguishes one crushed can from another? Or one tissue that has been thrown away after a hefty nose blow from another that has suffered the same fate? Or again, one scrunched up page of a newspaper from another that has been abandoned a little further down the road?

We have no difficulty distinguishing  cans from paper, or card from tissues. That is, we can easily grasp the differences between objects, difformities in material, color, weight, size, and, of course, their specific and unmistakable form or shape. And yet, it is precisely the unmistakability of form that is an enigma of our perception. I will attempt to describe the aspects that give each form a character of uniqueness or peculiarity. That is, which morphological traits immediately and unequivocally distinguish a ‘golden delicious’ apple from a ‘pippin’, a wine glass from a water tumbler, a meat knife from a desert knife, a bottle of wine from a bottle of perfume, etc. What differentiates one piece of paper garbage from another, one crushed and discarded can from another? What are the features and the properties that allow us not to confuse them? In this article I will try and provide some answers to these questions.

What makes it unexpectedly difficult to distinguish one piece of paper garbage from another, or one crushed and discarded can from another, is the fact that these kinds of shapes lack precisely the features that habitually play what we could call a ‘physiognomic’ role in ensuring each object possesses its own uniqueness, on which we concentrate our visual attention. Their irregularity, the lack of a simple, ordered structure, lined up along the Cartesian coordinates, the absence of a precise orientation (which of their three dimensions corresponds to their height, which the length and which the width?) already make recognition difficult. Add to this the folds, tears, crumples, dents, peeling surfaces, which are all in unpredictable places. All these factors force the eye attempting to memorize them to conduct an exhausting focusing exercise in order to process and archive an infinite amount of information that cannot be used for their vision to be appreciated, or for their affordance to be perceptible.

What we see when we look at something directly are the perceptive invariants of each specific class of objects, whose function is precisely to guarantee that they be recognized immediately. In order to achieve this result, the visual function uses gestalt principles - the greatest economy in as little time as possible - to select and organize visual stimuli relating to particular traits that signify an unambiguous morphological meaning. The task of our visual perception is to gather information from our optical field about which elements are stable and persistent, and which continue to change. This survey of perceptual invariants is what guides out habitual mode of looking at the world around us. By conducting a survey of this kind, we do not distinguish the individual components of what we see; rather we grasp the object in the fullness of its being as an object. The object’s whole cognitive and operative meaning, summed up in the term ‘affordance’, is made manifest. It is a kind of vision that takes in the whole object rather than the qualities and the properties of the details that make up the whole.

When the form presents continuous variations in its morphological and optical properties, the eye, interpreting its evolutionary function to the letter, does not delay in quickly declassifying the object into a typology, or catalogue, of irregular forms. As far as our vision is concerned, structure is immanent in every optical environment. Our eye is predisposed to grasp a morphological invariant in an obstructed edge, in a texture of a surface, because it is fully aware that a solid object moving in space can lead to an infinite variety of projected forms. It also knows that one of these forms may not be able to provide the necessary information to perceive the solid form of the object of which it is a flat projection.

However, we do not see only surfaces, forms, objects, spatial relations. We see much more: levels of light, flashes, actions, transparencies, chromatic changes, disturbances. Our eye can process an explosion, water in a glass, sand on the beach – but none of these possess a form. Moreover, many things we see have no surface. Others are mobile and we see them even when they do not present a clear outline. The environment we live in is not only populated by things and objects with immediately recognizable outlines.

There is an indefinite  number of other forms that represent the most fascinating enigmas – fluctuating forms, ephemeral, complex, turbulent, irreversible and changing forms – precisely because they do not possess these properties.  As Thompson put it in his ‘On Growth and Form’ (Cambridge, 1917), sea waves, the salt lines along the tideline, the disappearing curve of the sandy bay between the promontories, the outline of the hills, the shape of clouds, are just some of the many enigmas of form, some of the “many morphological problems” that do not fit into the patterns of Euclidean geometric figures.

In fact, the visible world we live in is so varied and so full of material substance with no regular or ordered form, which our eyes remove so quickly from our field of vision that we are persuaded the world contains no such thing. Our gaze meets numerous elements that do not possess an undisputed or regular form, such as stains, puddles, tree bark, clouds, smoke spirals, flames, steam, clods of earth, irregular rocks, water turbulence, whirlpools, shifting dust patterns, viscous, honeyed or gelatinous substances… and many more. None of these substances have a stable form, structure, consistency or density, which is exactly why they form a sampler of morphological rejects. These objects which  are excluded from the science of the theory of perception are qualified as lacking in form, or wanting in uniformity, irregular or indistinguishable and thus impossible to memorize. Does anyone ever remember the shape of a puddle they stepped in by mistake on a rainy day?

After many months’ of road works, the paving of via Paolo Sarpi in Milan was finally completed. As I walked up and down the newly paved street in order to enjoy the new road surface, it was impossible not to notice how quickly it had been stained by an infinite variety of substances: by tar, by oily or fatty substances, by paint or leftover food and drinks, by dog or other animal feces. What all these substances shared was the fact that they could be catalogued as types of stain, and therefore as amorphous, lacking in any form of their own. In many fields of research they are classified as nonconforming forms.

This label is given because they de-structure the visual field. Their individual uniqueness does not allow the eye to assimilate them or identify them with a recognizable type of structure. Nor do they allow the eye to isolate any invariant aspects in order to accept a visual reference. Nonconforming forms lack a structure and are thus visually de-structuring, in that there is nothing constant, repetitive, symmetrical, regular or economic in the way they present themselves to the world. There is nothing that constitutes a structuring factor in the process of perception. And yet, in nature every living thing has a form, including those our eyes are unable to recognize because they are the products of chance, and therefore irregular. They simply do not respond to gestalt principles. 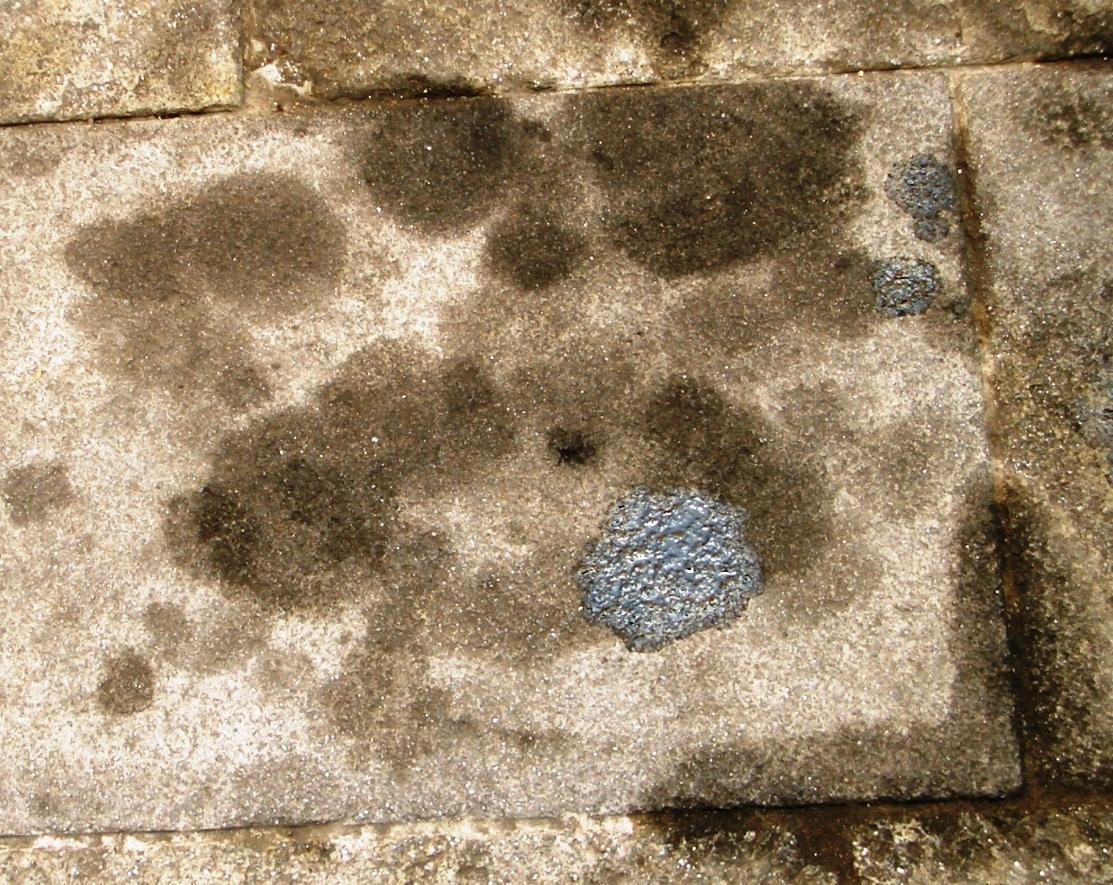 If we continue to keep this space alive it is thanks to you. Even a single euro means a lot to us. Come back soon and SUPPORT DOPPIOZERO
Body
Milano
18 July 2011
Body
Milano