Why Africa? Companions of Longitude

Seen from a distance, the Earth always makes a stunning impression. The differences between cultures fade away; only the waters and the lands remain, and we get caught up in the sense of being privileged just to be alive. Since their first appearance in the media during the Cold War, NASA realized how powerful images from space could be. Today, they may have lost their edge, being relegated to screensavers and turned into icons merely related to astronomy rather than biology and geopolitics. Still, they help us remember who we are – and they do so by reminding us of where we are.

I recently participated in a workshop for schools aimed at the creation of an oriented globe capable of partly reviving the emotion of looking at the Earth from space, but right from our home or school playground.

In this oriented globe, the place where you live must be placed on the top of the globe, North pointing to the true North. If an astronaut in orbit were to take a picture of the Earth and then zoomed in on the globe at any given moment, he wouldn’t be able to tell the difference between the two pictures: if he saw India on the Earth, in the same moment he would also see it on the oriented globe. If a shadow ran on the globe passing through Rome, at that moment on the Earth the sun would be setting over Rome. It is a wonderful educational tool, low tech and low cost, which will keep on working as long as the sun shines, always indicating – whether you are in Bamako or Buenos Aires – where the sun is rising in that precise moment (perhaps in Tokyo), creating a communion between us and with everyone else on the planet.

I made a short time-lapse of this project from my garden. Here, on the top of the globe there is New England, which is where I was during a research residency.

New England is a woodland region, so at a certain point local shadows prevail over global shadows.

When I started the time-lapse of the globe from New England, I looked for a significant point of view for the camera. The southern hemisphere allowed me to show the Antarctic in the shade – it was during the June solstice, and of course the Pacific was only (only!) a big blue spot; then I took a picture of the Atlantic, where there was a lot of action. The film starts with a sunset in Madagascar, the first of the austral winter, the shortest day of the year in Southern Africa. You can see the sunset first in Cape Town, then over the Atlantic, finally in Rio. Watching the film, I realized that Europe was nowhere to be seen. But there is Africa that allows us to see where Europe is. Europe and Africa share four time zones. North America and South America spread over seven time zones, but share only two: most of the North American continent is west of almost the entire South American continent; and Santiago, Chile is east of New York.

In his Guns, Germs, and Steel, Jared Diamond tells how the great technological growth in Eurasia has occurred due to the easy transmission of agricultural innovation across areas that share the same latitude. Once a vegetable is introduced, it is easy to propagate it towards East and West, from a vegetable garden to another, while it is prohibitive to make it travel long distances from North to South: sooner or later, radically different climate conditions, humid forests, deserts and tundras will stop the passage. The Eurasian block has dominated and colonized the world not due to a iffy cultural supremacy but because of its favourable orientation. Europe and Asia are companions of latitude – for better or for worse. 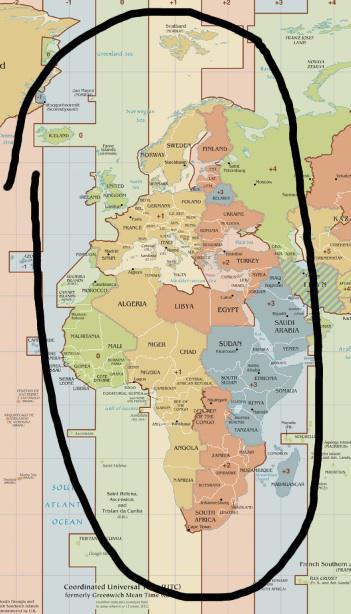 Europe and Africa are companions of longitude. The time is the same in Helsinki and Cape Town; it is the same in Rome and Douala, in Antananarivo and Minsk, in London and Casablanca. I tried to cut out a map so that only this geographical area would remain. The result is a conventional continent (but, what continent is not conventional?), Afropa. In the middle, there is the large salt lake of the Mediterranean. We may not have the same climate, but we are indeed companions of longitude.

Roberto Casati – Research Director of CNRS, Paris – despite his many travels, has been in Africa only once, on a research trip to observe the solstice eclipse on June 21, 2001. 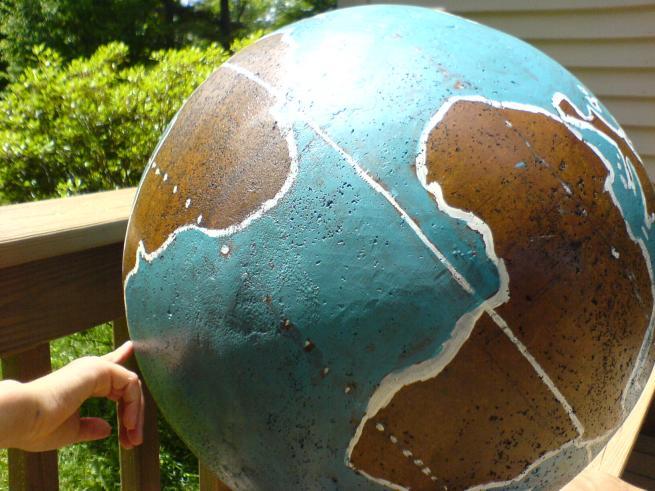