In Milan, around 1991, Luigi Ghirri told Mario Cresci that after having spent many years exploring the landscape and the things of life with countless photographs, he was thinking about something else, and in that moment all that remained for him was to photograph the fog of his homeland, as an extreme sign of erasure of the world, heading towards the unfathomable, the unknown. Roncocesi, one of his last photographs, taken in January 1992, captures the light that flares like a hazy sky, becoming a horizon between two fields separated by an irrigation ditch. The water in the ditch seems like milky hoarfrost, the mirror of a foggy whiteness. The state of suspension, of both the light and the haze, is captured in an ecstatic vision, as it might have been experienced by a medieval mystic. In this image the photographer lets himself be led into the non-delimitation of the real, in a fraction of time in which a rarefaction of space is in progress. He encourages us to see something else there, the remains of the visible, suggesting the absence of limits, another aspect of reality, i.e. that which cannot be circumscribed: “The eradication of the space that surrounds specific fragment I have framed is as important for me as the image being shown; it is through this erasure that the image takes on meaning, becoming measurable. At the same time, the image continues in the visibility of the erasure, and urges us to see the rest of reality, which is not represented. This dual aspect of representing and erasing does not only tend to evoke the absence of limits, excluding any idea of completeness or finitude, but also indicates something to us that cannot be delimited, namely the real” (Luigi Ghirri, Kodachrome, 1978, p. 12). 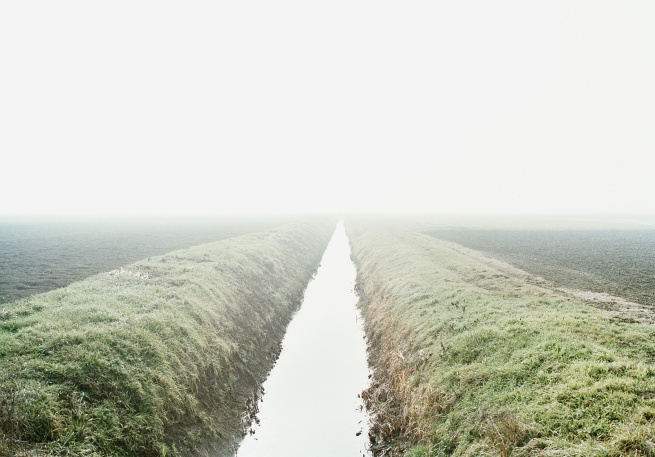 The other aspect of reality is not invisible; if anything, it is temporary presence, which can be grasped first by the gaze and then by the imprinting on the film, before it changes and dissolves. In Formigine (1985), Ghirri reveals the seductive hazy suspension exuded by thought-landscape, the projection of an emotional geography. Two pillars in the foreground do not support any gate. No barrier extends before and after their silence. What exists back there? One could vanish in an experience of disorientation. The image suggests a place where it is possible to get beyond a boundary or an incomplete demarcation. The passage takes place from the visible in the foreground to its momentaneous negation, through the approaching fog. In this limbo, observation and contemplation can coincide. In the watery vapor, Ghirri shows us that everyday life is an illusion inside which another reality is concealed, made of the same matter but different in certain respects. To enter the great haze of light means getting away from the continuous, progressive attack on the inviolability of nature. We get outside of ourselves and enter a concealed void, to try to feel the thrill or bedazzlement of the sublime, in the peaceful simplicity of a weekday. In another picture from the last series we see a person, from behind, walking away along a country road, while the image is absorbed by the fog in a disorienting atmosphere that makes us think about the ultimate fate of man and the universe, between time, memory and death. 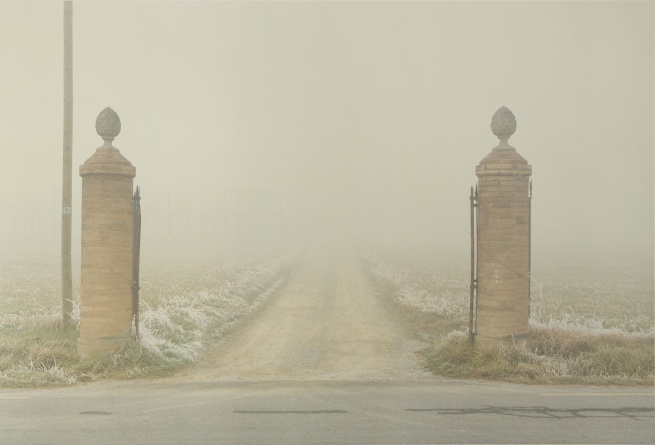 Roncolo (1992) and other photographs of Roncocesi offer further evidence of the habitual method applied by Ghirri in all his research, namely his relationship with what exists, seeking the point of balance between his inner life and what he experiences outside, in the world, which continues to exist even after the shot: "To look at photography as a way of relating to the world, in which the sign of he who makes the photograph, therefore his personal history, his relationship with what exists, is indeed very strong, but has to be oriented, through subtle, almost alchemical effort, towards the identification of a balancing point between our inner life – my intention as a photographer-person – and what lies outside, what exists outside us, which continues to exist without us and will continue to be even when we have stopped making photography. This is what I have always searched for, in pursuit of that strange and mysterious equilibrium between our inner being and the outside world" (L. Ghirri, Lezioni di fotografia, Macerata 2010, p. 21). 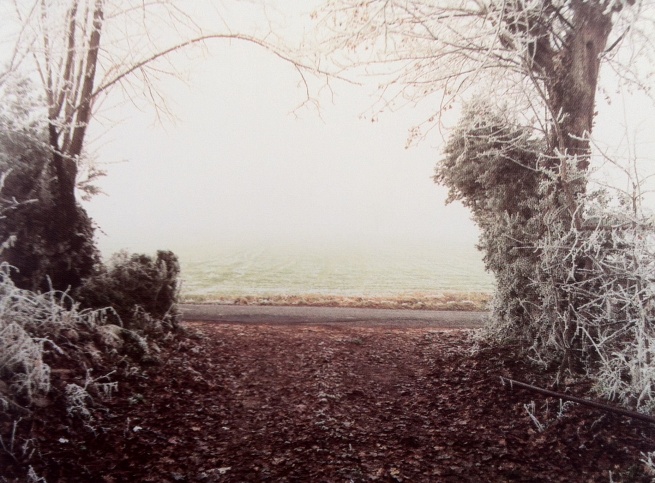 All the enigmatic relationships and mysterious elements that lurk in the photographic image, which is both testimony of what Ghirri has seen and its reinvention, representing the perceptions and projections a person has of the world, continue to exist along this slender borderline. His last photographs are emblematic, ambivalent. They bear witness to an extreme attempt to return to a degree zero of the gaze, to project perception into the luminous density of a new, enveloping metaphysical vision, or to access another dimension through the erasure of the space that surrounds the framed image, to understand the rest of reality, unseen, forgetting habit: “In the end, in every visitation of places, we carry with us this burden of what has already been lived, already been seen, but the effort we are prompted to make every day is that of rediscovering a gaze that erases and forgets habit; not so much to see with different eyes, as due to the necessity getting back our bearings anew in space and time” (L. Ghirri, Paesaggio Italiano, Milano 1989, p. 14). 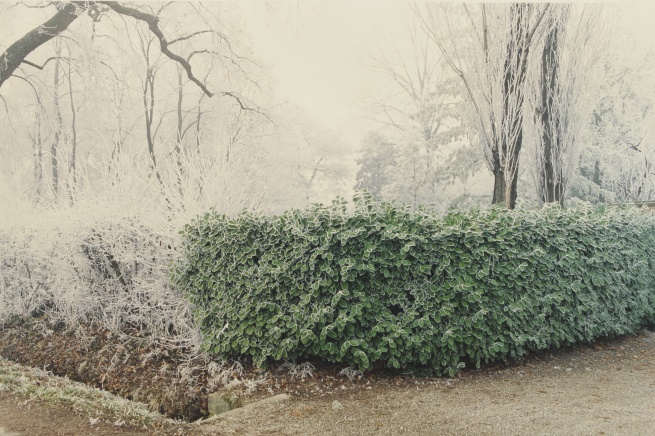 At the same time, Ghirri’s sharp gaze is prophetic, grasping the first hints of dangers and signs of future times, the end of place as a term of experience of place itself, the end of belonging to a given landscape, of the ability to see. Will everything be wreathed in the fog of non-knowledge? And will identities be dispersed in a multitude of non-belongings? To judge from his work, Ghirri is not a pessimist, and he always tried to demonstrate that even peripheral places, humble and abandoned sites, retain and release interstitial truths, or can become portals through which to intuit an “other” reality. In these spaces we can grasp the sphere of the sacred, understood as the spirit of a place charged with memory, where countless lives have passed through. Or, on the other hand, for someone they may seem like banal locations. It depends on the individual. And this is why every individual has a great responsibility for the fate of the landscape, both inner and outer. 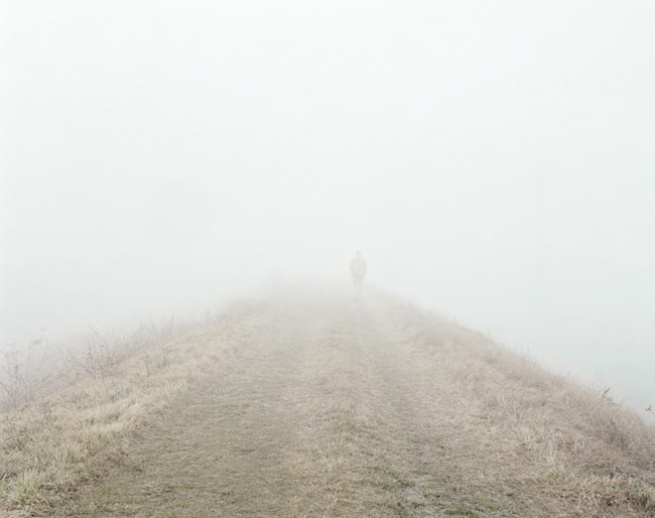 Ghirri makes the precious value of emotional geography visible. The erasure of the world looms over the destiny of belonging to a place and its memory shared by many generations. But the entire oeuvre of the artist from Emilia suggests that beyond what can take place through forgetting, every place in the world will always lead to a new perspective of seeing and dwelling. His conceptual research gave rise to countless “impossible images” (namely a synthesis between the static character of painting and the movement of cinema), which took form in the unfolding of everyday time, from humble and marginal subjects, small things and ordinary episodes, transformed into lyrical forms and translated into lucid reflections by a sensibility that tried to understand the meaning of existence by continuously raising questions with its gaze: “I believe that photography can put us in touch with the world in a profoundly different way. Photography is less and less a process of a cognitive type, in the traditional or affirmative sense of the term, which offers answers, but it remains a language with which to ask questions about the world. I, with my history, have followed precisely this itinerary, in constant rapport with the outside world, convinced that I would never find a solution to the questions, but with the intention of continuing to ask them. Because to me this already seems like a sort of reply" (L. Ghirri, Lezioni di fotografia, 2010). 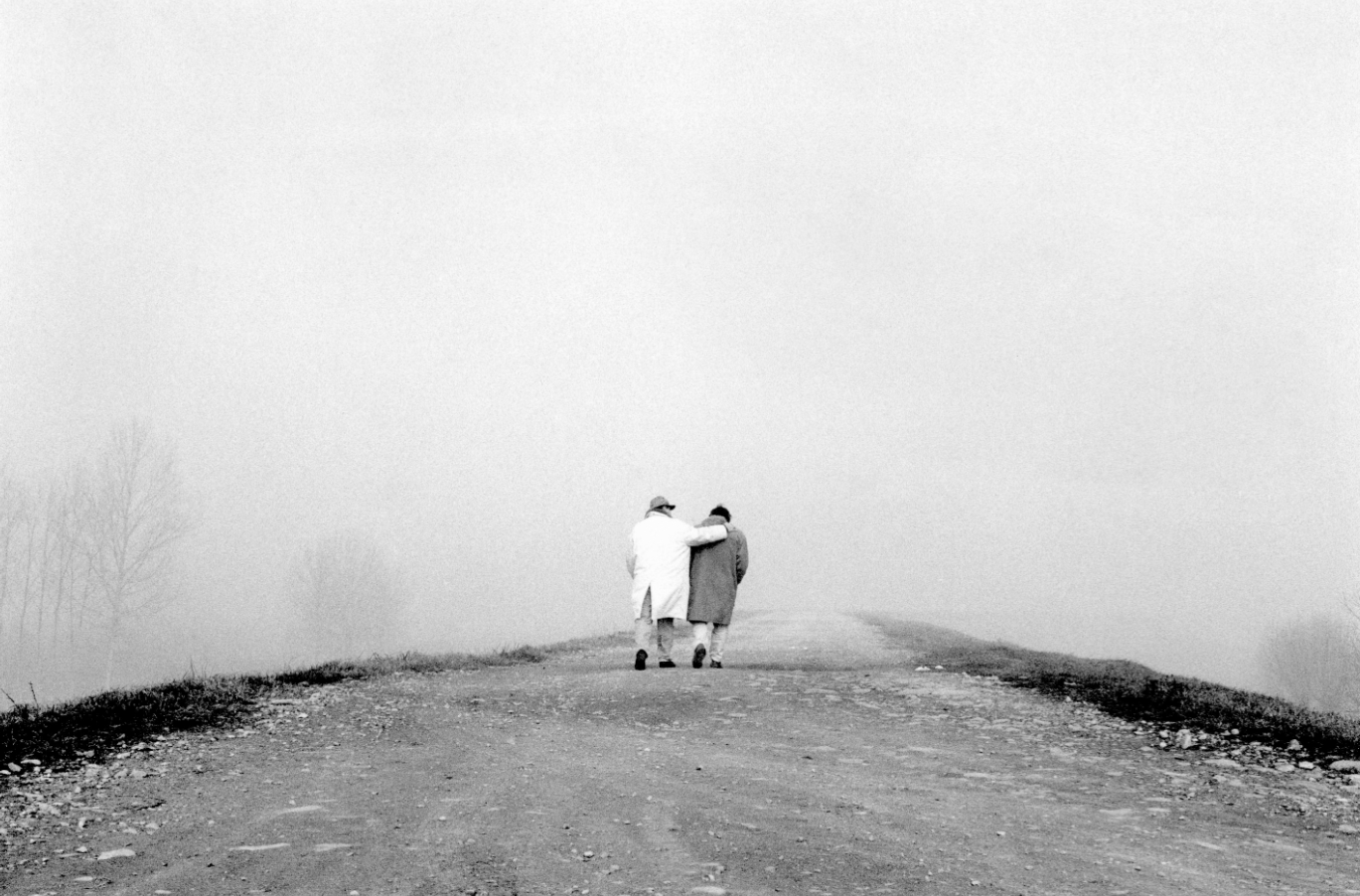 If we continue to keep this space alive it is thanks to you. Even a single euro means a lot to us. Come back soon and SUPPORT DOPPIOZERO
nebbia
22 July 2017
nebbia