When Freelancing is Female

The debate over the role of women in the labor market has entered the social, academic and political arena through various channels. I can’t say for sure whether society has already entered a post-patriarchal era or not, but it is undeniable that women play an essential role in both biological and economic developments today. I would like to frame the issue by taking into account the fact that precarious short-term contracts have been one of the strongest markers of gender – and gender discrimination  - in the past decades. Since I argue that the concept of gender is socially and historically constructed, it is clear that the condition of being hired on a short-term contract is responsible for much of what we see as the condition of women in the workplace. This does not altogether rule out the transformative  potential of “becoming” a woman indicated by Gilles Deleuze. Doing so would imply an inclination towards deconstruction, which would anyway save women from the mechanisms of subjugation that are implicit in a short-term, precarious identity.

A great deal of feminist writing  - in particular, on gender differences – has tended to consider self-employment or freelance work a sign of weakness. Many feminist researchers were convinced that new forms of organization in the workplace would have a subversive potential in a new productive paradigm. They thought there would be new opportunities for women, and that the mentality of Fordism, which relied on men and women doing different jobs, would be swept away. Finally, they predicted, the public sphere, which had been slowed down by gender differences, would open up. The idea of the male breadwinner would no longer be the main focus. This vision was pretty ingenuous, especially in view of the fact that in the meantime neoliberalism had become the dominant discourse in the labor market. Strategies that externalized services led to so-called ‘flexibility’, contracts had become individual rather than collective and job security was a privilege of the past. While more and more factories were being closed in the developed world, global metropolises expanded their service sector, and ‘cognitive’ or ‘creative jobs’ became more remunerative. Jobs of this kind were, by their very nature, more suited to forms of labor organization that stressed the individual. Anybody could work from anywhere - even from home.

In this context the idea of “alternative symbols” loses ground. Isolated, individual freelance workers have been unable to affect any change in the divisions and hierarchies that persist in the labor market, because the profit-motive of most companies persists, just as the old modes of labor subordination persist. The only imperative for freelance workers is the highly solipsistic ideal of ‘reputation’.

In the land of the self-employed or the freelance, life is dominated by contemporary prostheses such as computers, tablets and smartphones. Eyes gaze at screens all day in order not to risk missing a contact; muscles atrophy. Emails are sent from trains or buses, notes are hastily tapped into tablets in cars. The anxiety of having to be ever-present, or of not managing to be constantly on call, permeates our existence and our bodies. There is no longer the possibility of creating a distinction between “necessity” and “freedom”. At the center of the dynamic of disappearing time there is the growing role of individual responsibility for every worker, which in its turn reinforces workers’ vulnerability and creates an expectation that workers will always be available and willing to work. Being ‘recognized’ is yet another invisible contract with invisible employers. You are allowed to exist today because you may (perhaps) be paid tomorrow. Being recognized, creating a reputation, is a temporary - and highly contemporary - way of considering an individual a part of a virtual workplace, while all around that individual the collective welfare system is quietly crumbling.

Women in love with work

Over and above differences in schools of thought, the nature of women’s work today - precarious, intermittent, or self-employed - has actually added a great deal of value to labor itself during this particular phase of capitalism. We have all experienced this personally. Lia Cigarini writes, in her ‘Unexpected Revolution’ (Rivoluzione inattesa, Pratiche, 1997), “It is curious that women have been the ones to place such great value on their work. They have entered the workplace en masse over the past ten years, and this explosion has been experienced by women collectively as a kind of birth. Births are happy events, despite the fatigue and the pain. Most of all, births are a valorization, the beginning of a love affair.” I recently picked up a document signed by the ‘Immaterial Workers of the World’ in 1999. This document stated that in the mass market of intellectual work it is impossible to separate an approach to work from a general approach to life. In this sense, the manifesto concluded, the traditional traits of women’s labor have become “universal and paradigmatic”.

From whatever angle you look at the matter, there is no escaping the fact that women have been a source of inspiration for constructing today’s freelance psychology. They have contributed from a reproductive, behavioral, and organizational point of view. In the biological and political construction of a precarious, short-term subjectivity, the so-called ‘female side’ of nature is called into play. The stereotype is ahistorical and disembodied; it is socially molded. And yet the rules of engagement are accepted implicitly, and the stereotype acts unwittingly, as if it were performing on stage. The ‘female side’ that is evoked - re-exhumed from the atavistic depths of old limitations - is not that of a contemporary woman. It is not even a category that defines what being a woman means. What it evokes is the idea that freelancers are obliged to be obedient and flexible, and to undertake any task that is required of them,  because they are (and always will be) unprotected and unable to take part in a wider circuit of exchanges. Solitude and anxiety are the dominant traits of this ‘female side’, a hang-over from the days when women were predominantly housewives and mothers.

The buzz word now is he “domestication” in the workplace. Working from home makes it increasingly difficult to create a network of contacts with other specimens of your own species. Your universe is predicated on the impositions of your employment status as a “subordinate”, or “dependent”, despite the fact that you are - to all intents and purposes - independent. The end result can only be the paradigm of unpaid labor. Just as women attempt to free themselves of their traditional roles, the ghost of their ‘female side’ stalks them, leaving them in the clutches of short-term, precarious labor. A mass of individual, working citizens is relevant to the post welfare public debate because these freelancers are increasingly women and increasingly marginalized.

Adam Arvidsson has written on this website that the incredible variety of self-employed or ‘zero hour contract workers’ enjoy a kind of “weak solidarity” among themselves.  I would add another observation. Protest movements in Italy (such as the ‘St Precarious collective’) which have fought most vigorously against this brave new world of precarious contracts, and provided the sharpest critiques of the flexibility paradigm, have been neutralized by the very logic they have been fighting against. The gerontocracy that rules universities, newspapers, trade unions and politics have sucked the fruit of their research dry and spat out the stone. Of course there are limits to these movements – they are often self-referential and in the hands of unscrupulous and ambitious leaders – but they are the only ones who have been capable of producing ideas and forms of protest that respond to the complexity of the issue. Sadly, many of the best thinkers have been forced to emigrate or seek paid employment elsewhere, and their discourse has been taken over by academics. The result is that their forms and practices have been assimilated and regurgitated within the system. This has led to a normalization and to the creation of a discipline. Many feared, perhaps, losing their role as “intellectuals” because the knowledge sector had grown beyond recognition in a society where knowledge was no longer the prerogative of the leading class.

What I wonder is this. If we are unable to adopt alternative models, how can we provide an example of solidarity? How can we provide an exit strategy from the persecutory logic of obligatory recognition – which leads inevitably to unpaid labor - when we are unable to find a way to give greater value to other forms of recognition? Forms that we establish ourselves, forms that cannot be recognized by capitalism, and are therefore on the other side of the barricade? What strategies can we put in place in order to resist, or rather combat, this dangerously pervasive trend? The debate among feminists has led to surprising results, which often predated other findings but were either neglected, hidden, or relegated to the margins. Horizontal debates of this kind are not very popular these days. A vertical hierarchical structure is more in vogue, so that nowadays everyone is subject to the same mechanisms of subjugation that were once reserved for women. The kind of valorization that relied quite crudely on women’s capacity for loyalty, affection and cooperation – extraneous to the world of production - has been hijacked and assimilated into the mainstream. What prevails is the worst aspect of “becoming a working woman”. To change things would require a radical idea of immanence. It would require people to share, to go beyond the limited confines of the self and form a network of contacts in order to compare and contrast their experiences. It would require, in sum, parts of the social body to be influenced and contaminated by other parts. 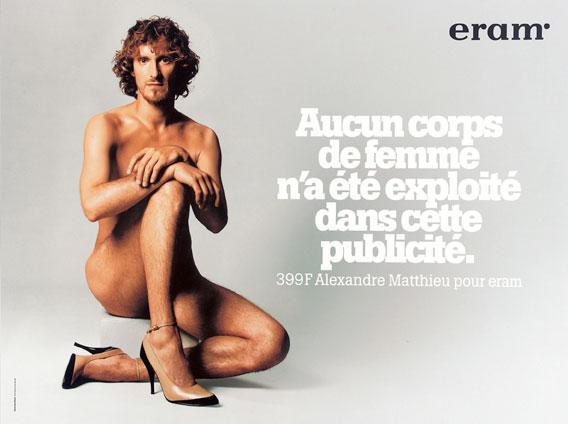