In his book, Fatigue Society (Müdigkeitsgesellschaft, Matthes & Seitz, 2010, English edition in preparation for Stanford University Press), the Korean cultural theorist, Byung-Chul Han, who teaches at UdK, Berlin, claims that contemporary society no longer responds to the dictates of discipline. Today it is ruled by achievement. Citizens, in fact, are no longer subject to the various apparatuses of obedience that society has imposed on it, as Foucault so rightly observed. Rather, they have become self-entrepreneurs.

The diseases citizens succumb to, Han continues, are no longer bacterial or viral, affecting the immunological system, but neuronal. Depression, ADHD, borderline personality disturbances, and burnout are all products of excessive positivity. The terror of not fulfilling expectations, in the here and now, on the stage everyone feels they are being judged from, creates performance anxiety precisely because the expectations of achievement are self-imposed.

This does not mean that the paradigm shift from a disciplinary society to an achievement society was a sudden leap. On the contrary, Han states, there is perfect continuity between the two, which persists to this day. Achieving subjects or individuals are, in their way, as disciplined and obedient as before, but their productive capacity is increased by an extra resource that did not come into the equation previously: their desire. This is a resource because desire and achievement never overlap perfectly. One is often nourished by the lack of the other, with the result that the over-riding feeling in achieving subjects is the need to respond positively to the fear of not being able to withstand pressure. The permanent state of latent depression achieving subjects have to fight against is not, therefore, the product of too much responsibility or too much work. It is a consequence of feeling they will never be able to keep up with self-imposed obligations. While combating latent dissatisfaction of this kind, achievement subjects are individuals who basically never stop working, even when they are seeking pleasure or enjoyment. They are ‘beasts of burden’ (“animal laborans”) who exploit themselves on a totally voluntary basis, with no evident external obligation. They thus play the role of both victim and oppressor, and sacrifice their lives on a self-referential altar.

Their inner complaint, Han argues, is not ‘nothing is possible’ (“No, you can’t”), but the fear of their own inadequacy in the face of the fact that “everything is possible” (“Yes, I can”). Feeling inadequate sets achieving subjects on an internecine war with themselves. Freedom and constraint live side by side, or, rather, there is a paradoxical freedom, which could be called ‘constrained freedom’, within which the yen to maximize achievement lives. A subject that exploits is also exploited. The mental diseases coming to the fore in achievement societies are pathological manifestations of this paradoxical freedom.

What can be done? Han suggests the solution does not lie in opposing hyperactivity with another form of counter-movement, as this would merely add yet another activity to the list. The answer is to use the fatigue that is produced by over-activity to a good end. Fatigue can be seen as a form of cure. What is important is to develop an awareness that contemplative focus can lead to a kind of deep stasis. Just as sleep is the culmination of physical exertion, so should deep immobility be the zenith of spiritual rest. Walter Benjamin, after all, reminds us in The Storyteller, Reflections on the Works of Nicolai Leskov (Schocken Books, 1968), “boredom is the dream bird that hatches the egg of experience.” The ability to see things with an ‘enchanted’ eye means being able to focus deeply on something, to contemplate the world around us. The hyper-active ego has no role in this contemplation.

When achieving subjects manage to achieve deep immobility, Han concludes, their behavior changes. Rather than moving forward in a straight line at racing speed, they can engage in a static dance that has nothing to do with achievement. The attitude and the surrounding atmosphere becomes one of awe for the way things are in themselves. Contemplative attention rests its enchanted eye on what is uncertain, on the impalpable, on that which escapes attention but is there, right in front of their eyes. Forms and states of duration, by definition, subtract themselves from the hyperactivity of understanding. In the contemplative state, subjects withdraw from themselves and immerse themselves in the world around them, learning to see things. It is what Nietzsche advocated when he said we should “learn to see – to accustom the eye to calmness, and patience, and to allow things to come up to it” (Twilight of the Idols and the Anti-Christ, Penguin Classics, 1990). It means training the eye to focus deeply and contemplatively and cast a slow and prolonged gaze that loses its own sense of time.

Han claims that individuals should introduce a negative element in contrast to the positivity of action: a form of negativity expressed well by Melville’s Bartleby the Scrivener who always said “I’d prefer not to”. When they interrupt activity, achieving individuals can measure themselves against the entire extension of experience that the contingency allows, and thus back away from the dynamics of pure activity. Procrastinating, hesitating, or not responding to solicitations on the spot, are all forms of activity, but actions of these kind do not necessarily degenerate into work. One of the problems of our life together today is that we live in a world where there are too few gaps, intermediate spaces, intervals. The first thing performance frenzy eliminates is, of course, the interval.

Han identifies two forms of capacity (potenz). One is positive and allows us to do. The other is negative, and it allows us not to do, to say “No, thank you”. This negative capacity, however, has nothing to do with incapacity, the inability to do something. It is deep fatigue and a subtraction of the ego. It is what creates an in between, a moment of courtesy in which nobody dominates or is predominant in any way. While the fatigue of the Id is solitary, deprived of the world, this kind of deep fatigue is confident in the world. It makes it possible to stop and take stock, not of the to-do list, but of the things around us. This vital form of fatigue is far from being a state of exhaustion or breakdown, during which it is impossible to do anything at all. It gains access, rather, to that particular moment of inspiration, and elevates the spirit.

This form of fatigue allows us to abandon our inner selves and wakens in us a special power of sight. It is what Peter Handke calls “clear-sighted tiredness” (My Year in the No-man’s Bay, Farrah, Strauss & Giroux, 1998). It is a completely different way of accessing the world, in a low and prolonged way that disavows the frenetic hyper-attentiveness of today’s society. Deep fatigue loosens the identity of the ego and lets things speak for themselves, become resplendent or smudge their outlines. It allows things to become indefinite and permeable, to lose the clarity of their shape and thus find themselves.

Deep fatigue is disarming, and the slow gaze of the person affected by fatigue hatches the enchanted resoluteness of calmness. 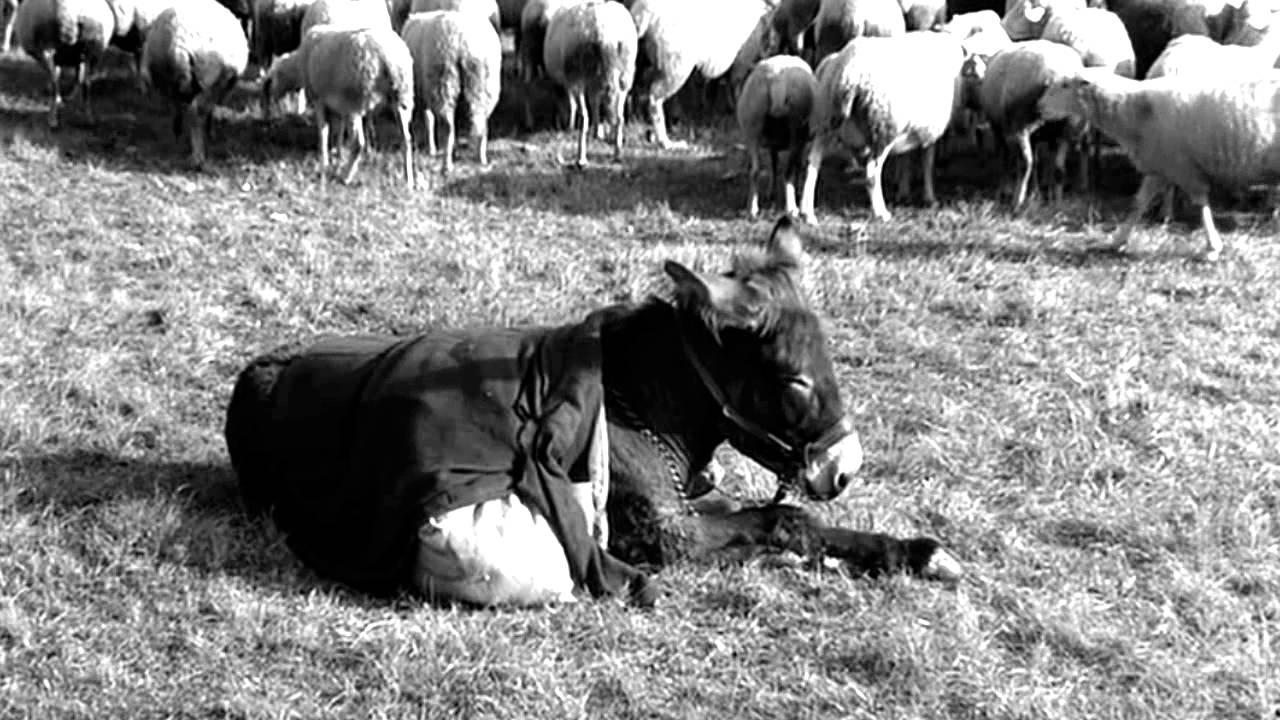