Compassion: Between Tenderness and Cruelty

There are so many things to say about compassion that one could fill a book or an encyclopedia. A partial list of areas to cover would include: commiseration, piety, love, understanding, sharing, empathy, sympathy, antipathy, intropathy, bliss and clemency. Compassion is what we feel reading about Hector and his wife Andromache, or the dream about the twenty geese that Penelope tells the disguised ‘beggar’ who is really her husband, Odysseus. It is the condition Aristotle refers to in his ‘Poetics’ when he uses the term ‘catharsis’. It is also the virtue embodied by Aeneas as he slings his old father Anchises and his son Ascanius to on his back and carries them out of burning Troy to safety. Or again, when Eros disobeys his mother and falls in love with Psyche. And so on, throughout history, examples of compassion abound, in Romantic literature and then on to the scandal caused by the controversy between Nietzsche and Wagner regarding Schopenhauer.

Compassion does not necessarily have the same connotations today as it did in the past. We are not even sure whether the words we use to describe the sentiment correspond to what each of us feels today. The term ‘compassion’ has many meanings. It is an expression for many different feelings, and it is unique in this respect. There is no doubt, however, that what we mean by ‘compassion’ today has been influenced by Romanticism. ‘Elective Affinities’ and ‘Wuthering Heights’ are examples of two different, perhaps opposite, forms of compassion. As the poet, Horatio Ferrer, says:

These words were set to music by Astor Piazzola in his 1969 album Balada para un loco. They speak of tenderness, and cry out: “Love me this way, I’m crazy, crazy, crazy/Climb up into my insane tenderness.”

Clambering up onto someone has nothing to do with attachment as we know it. There are different schools of thought. The word ‘attachment’ carries the mark of Puritan conformism. There are good attachments and bad attachments, they can be safe or disorganized, what counts is that they refer to a function. The passionate clasping of the song, clutching to another, is a different matter. Attachment is a natural impulse that precedes relationships. In the beginning there was attachment.

The psychiatrist Michael Balint (1896-1970) distinguished between two kinds of tenderness, one active and one passive. He claimed that the desire for passionate tenderness expressed by infants does not demand orgasmic satisfaction. In his research Balint found there was a certain ambiguity, a “confusion of  languages” in affective codes between mother and child. The term ‘mother’s language’ in these findings is not to be confused with ‘maternal language’. The primary love relationship of an adult towards a child is made up of tenderness, compassion – in the sense of ‘with’ passion – that extends over time, with diminishing intensity, or a continuing plateau of intensity that does not lead to a climax. Infants express a desire to clutch at their mothers, but their desire is not for explosive pleasure. A distinction must be drawn between passionate desire and passionate pleasure. In a tender relationship, an infant’s passion is reciprocated with tender pleasure. Active tenderness is what you get when sexual, genital love is repressed.

However, while active tenderness is different from orgasmic pleasure, compassion does not always mean there is an equal exchange. When an infant, a crazy person, or anyone else, tries to “climb up” onto you, you respond with tenderness, which is an attenuated, inhibited form of passion. The ‘mother’s language’, which is the language of sensations, has not yet been transformed into ‘maternal language’, which belongs to the sphere of signification in a social context. Tenderness requires a form of regression to a ‘mother’s language’. ‘Maternal language’ is for adults. There can be many mother tongues, as in the case of bi- or multi-linguals. A  ‘mother’s language’ is a semiotics of affection: it is phatic, sensory, and esthetic. It is never referential.

Balint’s achievement was to take his context into account, and refrain from psychoanalytical moralism. It could be said that the principles of love in the western world include forms of love relationships that are not orgasmic within the vast range of orgasmic interactions. It could be added that these non-orgasmic forms are ways of expressing compassion. Finally, it could be claimed that Asian eroticism, which claims to keep itself constantly under the threshold of orgasm and achieve continuous plateaus of intensity (as in Gregory Bateson’s photographic sequences of daily life in Bali) are a prime example of compassion. And yet, the kind of relationships we experience in the west require a distinction between erotic passion and tender compassion. 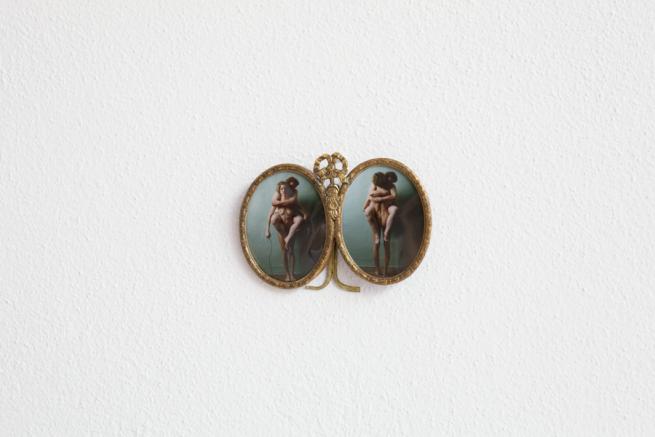 We must tread carefully. At a semantic level cruelty is the opposite of tenderness. On an esthetic plane, however, tenderness and cruelty can be combined. It is much harder to distinguish with sensations. The Italo-Argentine film director, Marco Bechis, illustrates this ambivalence in a scene from his film Garage Olimpo. A torturer working with the death squads during the dictatorship in Argentina finds himself having to torture someone he knows, a girl he is in love with. In this particular case, it is not a matter of expressing sadistic tendencies – though the context does recall Pasolini’s Salò or De Sade’s work. Nor is there any masochism, even though there are certain negotiations regarding the girl’s pain threshold in the torture scene. The torturer is simply corrupt, and cruelty corrupts tenderness.

Here is another story. Two passionate lovers reciprocate their cruelty, hurting each other in order to break off the relationship yet falling back into their mutual trap immediately afterwards. They stop understanding each other. After a few years of passionate clandestine meetings, they begin to feel tenderness for their children, for their spouses – towards whom they had thought they felt little passion but for whom prolonged intimacy had created a bond of love – which, together with the tenderness they experience with regard to their aging parents, especially after one of them dies, grows stronger than their passion. Habit, resignation, daily life, and molar lines of desire all contribute to forcing our lives towards moderation, inhibition, and tenderness.

As the couple go through the crisis they swap roles: the torturer is tortured. When they meet they blame each other for what they have both mutually lost in the game of passion. The game has been transformed. When they talk their resentment is clearly visible; their language is full of heavy allusions and underlying meanings. They try and change the subject, talk about something that has happened to one of them, about politics, about a literary case, someone they have bumped into recently. Their meetings inevitably end up in mutual incomprehension, discussions, violent arguments. Then they meet again, and start all over again, bating each other with cruel pleasure and, at the same time, tenderness. When there is compassion, Eros can play the role of a mother’s love, but the kind of endearments adults exchange can also be laced with cruelty. 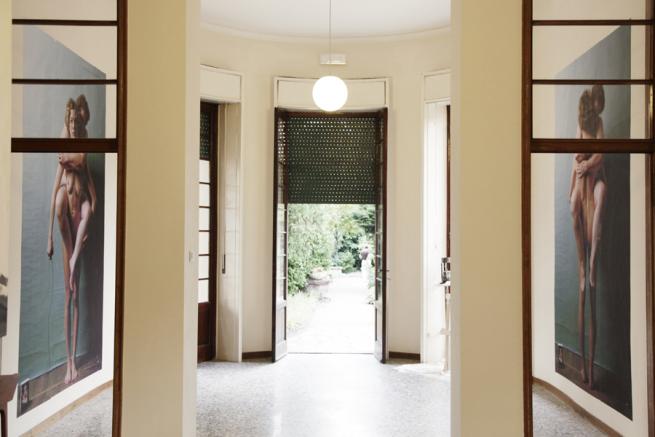 In his book Death and Sensuality (Walker and Company, New York, 1962, originally published in 1957) George Bataille wrote, “between one being and another there is an abyss, a discontinuity.” In Bataille’s view, a human should move from a state of isolation towards a feeling of continuity. Compassion is hard because the state of isolation is normal, and compassion requires the ego to be dissolved. It requires dissolution. Bataille’s idea of ‘continuity’ should perhaps be read as ‘discretion’. Discretion contains a sense of discontinuity, but at the same time it means respect. Balint saw tenderness as being a sort of incomplete continuity, attenuated by a partial discontinuity. You become an adult by separating. Bataille, on the other hand, believed in the idea of the nostalgia of continuity, which he considered responsible for eroticism in its three forms: of the body (“physical”), of the heart (“emotional”), and “religious”. “Death…jerks us out of a tenacious obsession with the lastingness of our discontinuous being. We blench at the thought that the separate individuality within us must suddenly be snuffed out” (Death and Sensuality, p.16).

It is true that physical eroticism is a temporary suspension of continuity. However, emotional eroticism is far more complex, because it is the source of the nostalgia of continuity that Bataille talked about. By confusing us, and making us separate beings, it makes our existence more precarious. We are constantly in conflict between freedom and fusion. We could almost say, with Bataille, that the idea of ‘free love’ is an oxymoron. The two lovers who end up accusing one another of being selfish and narcissistic express that conflict. Every verbal exchange expresses that conflict, whether you want it or not. The theatrical expedient in Romeo and Juliet illustrates the point: the lovers are joined in death in order to escape the powerful prohibition of their love.

This kind of nostalgic compassion, where the temporary suspension of discretion is dissolved, where debauchery gives way to the perpetual dissolution of physical eroticism, where the sensation of death is produced by emotional nostalgia, which can never dissolve itself with another and become one without the presence of physical bodies – this is the essence of life for these lovers. Merciless compassion, cruelty impersonated. 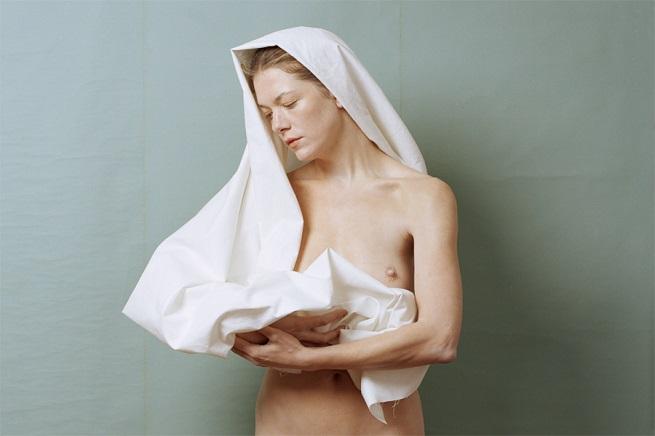